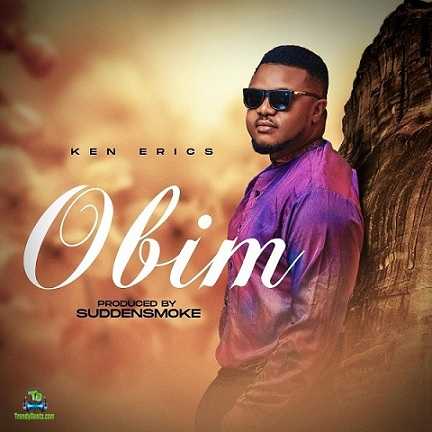 
The Nigerian most talented and occasional singer, Ken Erics unveils this new hit jam tagged "Obim" which he released just recently about a few hours ago in the year, 2021.


The Nigerian television actor and occasional musician, Ken Erics recently released this new hit soundtrack which he titled "Obim" released about a few hours ago in the year, 2021. He released this new one to entertain again all his fans supporting hit career. This song is now trending all over the Nigerian most especially the Igbo lands. His debut single "Inozikwa Omee" was a hit song when released which trended in all the universe.

Ekenedilichukwu Ugochukwu Eric Nwenweh, professionally known as Ken Erics is a Nigerian film and television actor, writer and occasional musician, who the Nigerian Nollywood and music industry recognized as one the Nigerian top and most inspired artist. He has been featured in so many Nigerian trending movies alongside many other top artists.

In this song "Obim" from the Igbo dialect which he recently released, He talks about his affections towards the right person to his heart. The person which he dreams of, that will always hold and be there for him. Ken Erics is an artist who always talks about the reality of Life most especially our relationships lives and our way of obeying God who created us all.