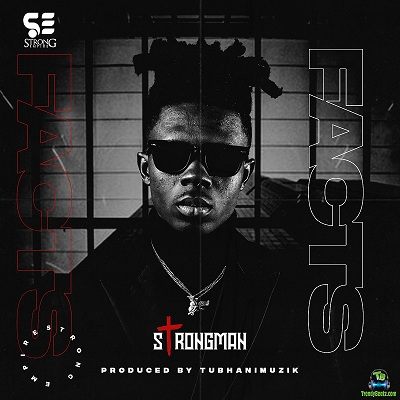 
Ghanaian prolific rapper, Strongman has opened up his music account this new year as he comes with this jam captioned ''Facts'' which is a potential hit, as Strongman drops his cool and dope style of rap music, as usual, released just in a few hours ago. Produced on the desk of Ghanaian making producer, Tubhani Muzik, on this solid instrumental.

This Ghanaian lyrical genius, Strongman drop this jam after he twitted on his Twitter page, about this song as he stated he will be dropping it out by 10 am today, been 10th February 2021.
Now here comes the song as he dubbed it ''Facts''. Meanwhile, this song comes through after his last 2020 hit tagged Nightmare which was massive airplay, still maintain same producer, Tubhani Muzik. Also, Strongman dropped an album last year 2020 titled 10AM consisting of 10 tracks, featuring Ghanaian songster and songstress namely, Quamina MP, Medikal, Fameye, Wendy Shay and many more.