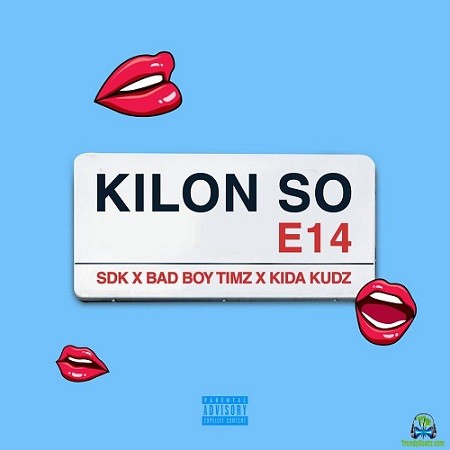 
Highly-Gifted Nigerian singer, musician and songwriter, Bad Boy Timz comes forth with a new jam as he titles this one ''Kilon So'' featuring Talented musical artist, Kida Kudz and Sdk on this hit, as one of his 2021 songs, to thrill his music fans and lovers of good music in general, Released just in a few hours ago.

''Kilon So'' by Bad Boy Timz comes through after his last heard 2020 song ''MJ Remix'' which was two remix sounds, one featured Teni Makanaki the other featured Mayor of Lagos (Mayorkun), which was produced by Talented beat-maker SemziBeatz on this sound.

Bad Boy Timz real name, Olorunyomi Oloruntimilehin is Nigerian Music artist, singer and songwriter signed under Anonymous Music Records. He has been making a good and nice vibe since his music career and has collaborated with top Nigerian Trending artiste.

Just recently he comes up with a new jam this new year 2021 captioned '' Kilon So'' featuring Kida Kudz and Sdk.