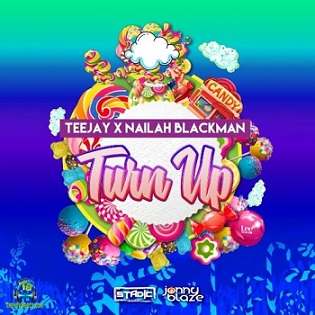 
The Jamaican hit singer, Teejay recently released this new masterpiece tagged "Turn Up" featuring Nailah Blackman as one of his hit songs of the year, 2021.

Nailah Blackman, whom he featured in this outstanding hit is a Trinidadian singer and songwriter who has also been dropping hit song in the Industry. She has been a known singer and songwriter in the industry for her talents and potentials, She was being featured by the Nigerian Top star artist, Adekunle Gold on "AG Baby" song which trended in the Nigerian Music Industry and all the Music Media Platforms.

This new song "Turn Up" is a song for you to download which was released by a top star loved by many music fans. "

Listen to Teejay Turn Up Mp3 below!