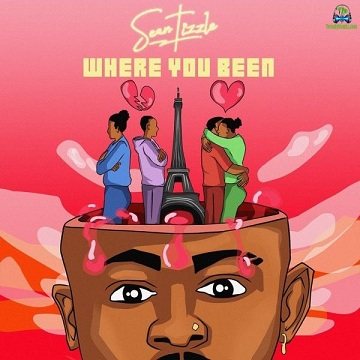 Produced By: Finito and Wyclef Jean

Album Name: Where You Been EP

Here comes another one from Sean Tizzle tagged ''Coke Bottle'' off his newly Extended Play ''Where You Been''.


Nigerian Afrobeat singer, Sean Tizzle dishes out another single track of his tagged ''Coke Bottle'' which is love themed song, that will surely become a huge street anthem, due to its impressive sound and lyrics.
This jam ''Coke Bottle'' by Sean Tizzle was produced by Finito and Wyclef Jean.

Moreover, This song ''Coke Bottle'' by Sean Tizzle was taken as the 4th track off Sean Tizzle's Extended Play ''Where You Been'' which is a solid album with good vibes, featuring only Haitian rapper and singer, Wyclef Jean.
After a long disappearance in the music scene, Sean Tizzle returns back again with this album, as he uses this to track to open up his musical account this new year 2021. Produced by Finito and Wyclef Jean.


Share Sean Tizzle - Coke Bottle Mp3 with others on;