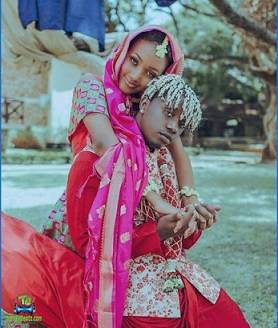 
A new hit and outstanding song tagged "Valentine" released by the Tanzanian giant singer, Rayvanny in the year, 2021.


This new song tagged "Valentine" released by the WCB Wasafi Records artist Rayvanny is a hit song trending right now in the Tanzanian Music Industry, It was released just recently in the year, 2021 as one of his hit vibes. Rayvanny released this new one to entertain all his fans for this year valentine day.

He is a music lover who never fails in presenting a new song to all his fans on a special and occasional days like this. Some of his songs which he has released since he started are still now in the Music Media Platforms gathering a lot of streams and downloads and he is best known for his song "Kwetu" which trended all over the country.

Raymond Shaban Mwakyusa, better known by his stage name Rayvanny, is a Tanzanian musician, songwriter and recording artist signed under WCB Wasafi Records Label which was founded by the Tanzanian Most Talented hit singer, Diamond Platnumz.