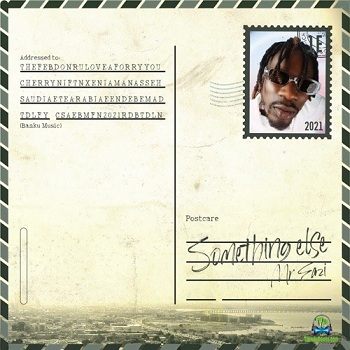 
Nigerian Afrobeat Sensational Singer, Mr Eazi pins out this mid-tempo soundtrack tagged ‘’Cherry’’ with the assistance of Kenyan female singer, Xenia Manasseh on this one, which is an impressive sound as these two talented act murdered this song with their cool and amazing style of music. Produced by Killertunes.

With the production credit to Killertunes this song ‘’Cherry’’ by Mr Eazi stands as the 3rd track off his 2021 newly Extended Play captioned ‘’Something Else’’ which will surely become a huge street vibe to enjoy and vibe with.

Just a couple of weeks in a new video via his Youtube Channel, Mr Eazi announce he has a new single coming up on which he tagged ‘’The Don’’ which will be produced by Killertunes.

After the single ‘’The Don’’ fans would then have his Extended Play ‘’Something Else’’.

So far so good, Mr Eazi keep to his promises; he first dropped the single track ‘’The Don’’ which was massive airplay still making waves.
Now here comes the expected Extended Play (EP) from him called ‘’Something Else’’ on the 3rd track tagged ‘’Cherry featuring Kenyan songstress, Xenia Manasseh.