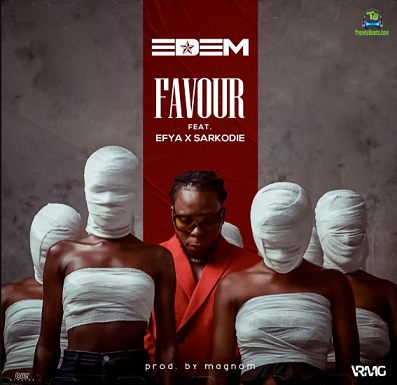 
Award-winning Ghanaian prolific rapper, Edem churn out a new masterpiece soundtrack christened ''Favour'' as he joins hands with Ghanaian Songstress and Rapper, Efya and Sarkodie on this one, which was produced by Ghanaian producer and singer, Magnom on this sound.

On February 19th 2021, This Ghanaian rapper, Edem employs Sarkodie and Efya on his new sound tagged ''Favour'' which is a potential hit jam, that will surely become huge airplay in Ghana and other recreational places.
Truly, Efya and Sarkodie murdered this song, as the did acutely well on their part, giving their best on this song.
Moreover, This song ''Favour''' got its production reference from Ghanaian making producer and singer, Magnom. Stream and download the Mp3 audio below.


Share Edem - Favour ft Efya, Sarkodie Mp3 with others on;

Edem - Are You Mad