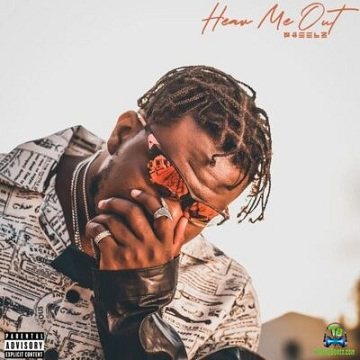 Album Name: Hear Me Out EP


Pheelz presents a new song on which he named this one ''Somebody'' off his 2021 Extended Play tagged ''Hear Me Out''.


Award-Winning Nigerian singer and songwriter, Pheelz outdoors another mid-tempo soundtrack tagged ''Somebody'' to thrill his music fans out there, which is a potential hit jam, Highly-Anticipated... Released in the year 2021.

Pheelz released this exciting sound ''Somebody'' to the hearing of his music fans, who has been supporting him since his career in music, as he uses this jam, to make them happy.
''Somebody'' by Pheelz was taken off from his 2021 newly Extended Play ''Hear Me Out'' as the 2nd track, consisting of 5 tracks, with no features.

If you can recall, a weeks ago, Pheelz dropped a new hit tagged ''Wayward Girl'' which was a massive hit, as he uses this song make his own entry in the Music scene this year 2021.
On which he also shot the video which was directed by Talented music video director, Ibidunni Oladayo.

Finally, After dropping the video, Pheelz decides to bring out the whole EP, which is finally here.


Listen to Pheelz - Somebody Mp3 Here!