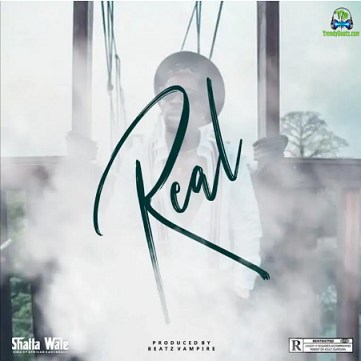 Again comes another banger from Ghanaian Top trending artiste, Shatta Wale on this one tagged ''Real''

As Beatz Vampire normally seats on the production of Shatta Wale songs, This song ''Real'' comes forward after some few hours ago, Shatta Wale dropped a new song ''Lift'' which was a hit. produced by the same producer, Beatz Vampire.

Charles Nii Armah Mensah Jnr professionally known as Shatta Wale is a Ghanaian talented dancehall singer, songwriter and CEO of Shatta Movement Empire, who has been making hits back to back without stopping and has associated with Ghanaian, Nigerian and many other African countries artistes.

Last year been 2020, Shatta Wale won Collaboration of the Year at BreakTudo Awards on this project ''Already'' which was a song by American singer, Beyonce featuring Shatta Wale and Major Lazer, lifted from Beyonce album ''The Lion King''