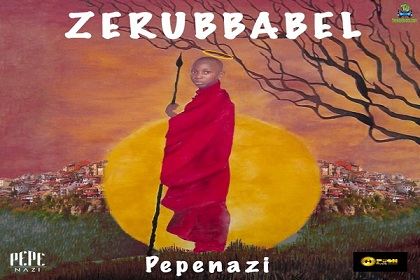 Another one from the Nigerian Talented act, Pepenazi on this one captioned ''Diana'' featuring Talented music act, Andre Maos and Praiz.

Award-Winning Nigerian artist, Pepenazi smashed a new sound tagged ''Diana'' with the assistance of these talented musical artists, Andre Maos and Praiz, as one of his 2021 songs, to thrill music fans and lovers of good music in general. Released in the year 2021.

With the production to Dawie, This song ''Diana'' by Pepenazi featuring Andre Maos and Praiz, was taken from his 2021 newly released album tagged ''Zerubbabel'' as the 11th track of the album.

This fantastic song ''Diana'' will surely worth a place on your playlist, which is a potential hit jam to enjoy and vibe with, as Pepenazi uses this soundtrack to kick start this new year 2021.
Stream and Download Mp3 below.