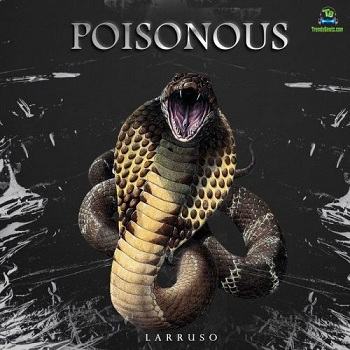 
Jadon Shatta Entertainment act, Larruso delivers a mid-tempo soundtrack labelled ''Poisonous'' to bless his music fans, which is a banging tune to enjoy and feel with.
Produced on the desk of Ghanaian talented producer, Gigz, on this solid instrument.

This song ''Poisonous'' by Larruso comes through after he opened the year with the song ''Ego'' which was a massive hit, with good afrobeat sound, still enjoying lots of streams and downloads on music platforms.

Still, his fans recovering from his last hit ''Ego'' Larruso smashed another banger as he captioned this one ''Poisonous'' which is guaranteed to put a smile on the faces of his music fans.