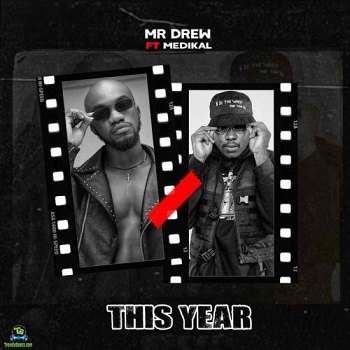 Afrobeat Ghanaian Sensational musician, Mr Drew unleashed this banging tune called ''This Year'' which was released in the year 2020, as he taps Ghanaian prolific rapper, Medikal on this one.
This awesome soundtrack ''This Year'' was produced by Award-winning Ghanaian producer, WillisBeatz.

With the production credit to WillisBeatz. Mr Drew did wonderfully well on this song, as he delivers a cool and nice chorus to vibe with. And Medikal killed the jam, with his incomparable style of rap music, which is generally accepted by his music fans.

This song also comes up with a new video, which has amassed more than 1 Million views on Youtube, still enjoying lots of streams on other music platforms.


Share Mr Drew - This Year ft Medikal Mp3 with others on;