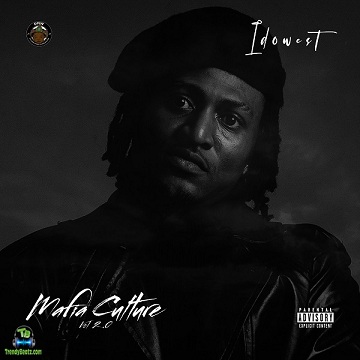 Promising Nigerian rapper, Idowest dishes out a new masterpiece soundtrack called ''Famo'' as he honoured invitation to Zanku Records CEO, Zlatan on this one.
The record is coming from Idowest latest album tagged ''Mafia Culture Vol 2.0'' an album which houses 10 tracks, with a great feature from Nigerian talented superstars such as Davido, Mayorkun, FineBoi Bella (Bella Shmurda) and many others.

This astonishing soundtrack ''Famo'' got its production reference from Nigerian brilliant producer, Vstix on this one.
Famo is a potential hit, with good impressive sounds, as the singer specially took his time to compose this song, with nice instrumental coming from trending music producer, Vstix.

Zlatan Ibile whom Idowest enlisted on this jam, did acutely well on his part, as we already know that this artist, never disappoints on any song, he keeps on giving his best to any music, to make his fans happy.


Share Idowest - Famo ft Zlatan Mp3 with others on;