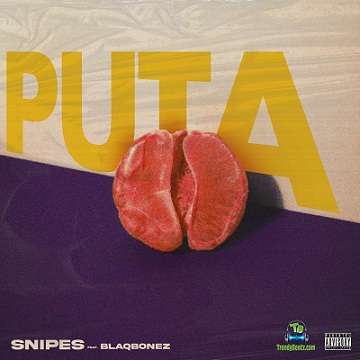 
The Nigerian inspired artist, Snipe has released a new song "Puta" with so much anticipation in which he brings up Blaqbonez, the Nigerian top trending singer. This song was currently released officially in the year, 2021.

Snipe delivered this song featuring Blaqbonez, the Nigerian most rated artist who is widely known for his hit song "BBC". In this song, Snipe and Blaqbonez express the beauty and sexuality of women which is their most catching gifts give to them.

Snipe who delivered this song has been known presently for his hit songs and now he determined to bring this new song officially with Blaqbonez. This song is now on the other Digital streaming platforms gathering a lot of streams and downloads.

Therefore, you can also stream and download this song below via TrendyBeatz.com.


Share Snipes - Puta ft Blaqbonez Mp3 with others on;