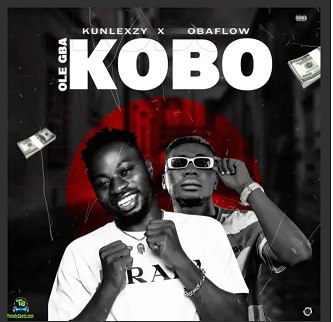 Kunlexzy is a talented Nigerian music artist, who has been making good songs since his musical journey. Recently this year 2021 he delivers a lovely soundtrack called ''Ole Gba Kobo'' which is a potential hit jam to enjoy.

Kunlexzy made a good collaboration, as he enlisted this talented artist, Obaflow, who murdered this song with his amazing style of rap music, to thrill his music fans.

In addition ''Ole Gba Kobo'' means I Can't Give A Money. Stream and enjoy below.

Kizz Daniel - I Want To Carry My Love Away