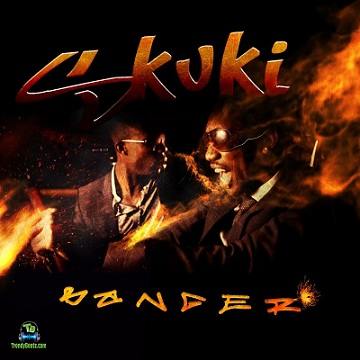 Track Title: Put It On Me

Highly and Talented music shooters, Skuki has dropped another new masterpiece titled "Put It On Me" to excite their music fans this year, 2021.


Award-Winning duo singers from Nigerian, Skuki has appeared again in the music scene with another new tune "Put It On Me". They released this new song to thrill their fans out there off their debut studio album "Banger Album" which is now a huge trend in Nigeria and some African countries with its full tracks.

With so much anticipation they released this love song as one of the Nigerian tops and wanted songs. It appeared to be listed as the 8th track in this album making huge air rave and gathering numbers of streams on all the digital streaming platforms. In this track, they bring out another love vibes which says "Girl I Love The Way You Do Me and The Way You Dey Push Me" which are so affecting and gingering to vibe with.

Skuki has been one of the Nigerian greatest singers from the 90s. They came out just recently bringing another new hot sound that will make us feel entertained and remember us the old Nigerian style of music that is still making the fans go crazy nowadays.
Now you can stream and download this song below via TrendyBeatz.com and lay your comments about this song in the comment box.


Share Skuki - Put It On Me Mp3 with others on;