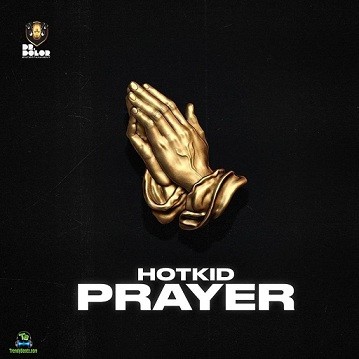 
Seize this brand new track coming from Dr Dolor Entertainment artist, Hotkid on this one named ''Prayer'' as one of his 2021 songs, to excites his music fans and lovers of good music in general.
This impressive song, which surely worth a place on your playlist, as Hotkid, calls on his mum, to pray for him, that his enemies are trying to block his shine. With such a sweet melody and lively verses.

It has been so long he heard from Hotkid, his last song was ''Folake'' a motivational song, which goes with a great message, as Hotkid advises we should treat everyone equally, despite their condition, because no one knows tomorrow.

The song, was generally accepted by his muisc fans. Also comes up with a muisc video, which was shot and directed by Abula, still enjoying more streams and downoads on music paltforms.

Recently, Hotkid open his muisc account this year 2021, with a lovely sound tagged ''Prayer'' to thrill his muisc fans.