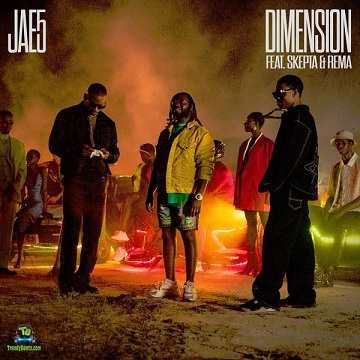 Highly Popular and Talented Producer from the United Kingdom unveils his 2021 debut track titled Dimension featuring UK Skepta and Nigerian Star-kid Rema. This song Dimension from the 24-year old Producer comes as his first track since we entered a New Year and he decided to collaborate with Fellow-British singer Skepta and when he needed someone from Nigeria, he came straight for our rookie REMA of Mavin Records.

This song Dimension is a Good blend of Pop song with Sweet Lyrics and melody graced by ever-delivering Skepta who took his time to add spice to the song and take-on the lead Rap Role with the Talented Nigerian Young Kid taking the Chorus and Hook - Rema always performs well in his songs and collaborations and this song isn't an exception going by how Rema Spiced up the song with his Sweet Voice and Meaninful Lyrics.

Share Skepta - Dimension ft Rema, Jae5 Mp3 with others on;

Skepta - Not Your Average Joe