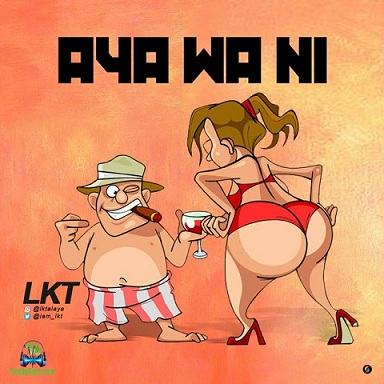 
The Nigerian Afrobeat singer, LKT has delivered a new debut song titled "Aya Wa Ni" just recently in the year, 2021 as one of the Nigerian top songs produced by Nature.


Multi-Talented Afrobeat and Afropop music artist, LKT has dropped a new debut song "Aya Wa Ni" to thrill his fans out there. This song was released currently in the year, 2021 which comes from the hand tap of the music engineer, Nature.

LKT has been one of the Nigerian most rated singers since 1993 dropping hit songs for his fans. He rose to prominence in 2007 after featuring Olu Maintain the Nigerian top star on his hit song "Yahooze", which was a hit soundtrack that trended all over the Nigerian cities.

Recently. He came out again in the music scene to excite all his fans again with this mid-tempo. This is a new hit song from his music style " hip hop" which has been his normal hit style of making the fans go crazy.

So this another new track to add to your playlist this time around, Just steams and download this new song below.