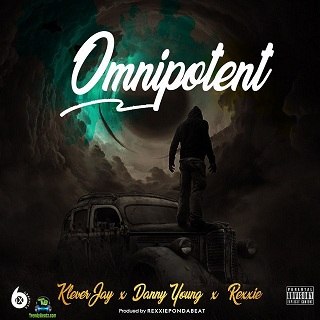 
Nigerian Afro-pop Sensational musician, Klever Jay delivers a new jam called ''Omnipotent'' on which he enlisted these Nigerian talented musical artists, Danny Young and Rexxie on this tune.
This banging tune ''Omnipotent'' was made Rexxie, with his magical fingers, giving Klever Jay, a good beat, which he flowed in well.

With the production credit to Rexxie. Klever Jay uses this song, to start up his musical journey this year 2021. the singer who was known well for his hit song ''Koni Koni Love'' is out again in the music scene with a new hit tagged ''Omnipotent''.

Omnipotent, is a lovely jam, which his music fans will be pleased to listen to and enjoy. His collaboration in this track with Danny John and Rexxie is a great one.

Omnipotent, is guaranteed to put a smile on the faces of his music fans. Stream and download below.