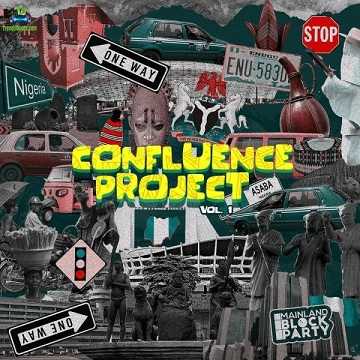 Track Title: Down To Jangolova

It another interesting sound from Mainland Block Party on this one captioned ''Down To Jangolova'' featuring Ladpioe and Apala.


Mainland Block Party unleashed another mid-tempo soundtrack called ''Down To Jangolova'' as they team up with Mavin Records act, Ladipoe and talented music artist, Apala. Released in the year 2021, coming from Mainland BlockParty album ''Confluence Project'' as the sixth track.

Mainland Block Party really composed this song well, and their collaboration with Ladippoe and Apala was a great one. Ladipoe and Apala, performed acutely well on this song, which will be generally accepted by their music fans.

Sess the Prblm, really did well on the production. Stream and download below.


Share Mainland Block Party - Down To Jangolova ft Ladipoe, Apala Mp3 with others on;

Mainland Block Party - Tungba With Nobody But You

Mainland Block Party - Down To Jangolova