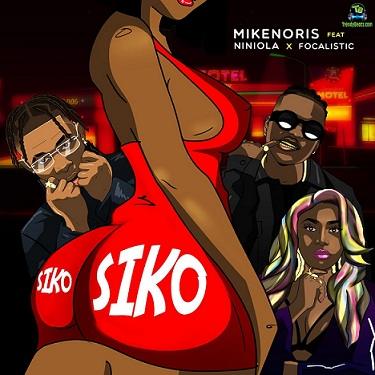 
Nigerian Rising artist, Mikenoris drops the remix of his hit song ''Siko'' as he joins hands with South African artist, Focalistic on this tune, produced by KukBeat.


Renowned Nigerian singer and songwriter, Mikenoris teams up with South African talented artist, Focalistic on the remix of his buzzing song ''Siko'' which was produced by talented music producer, KukBeat, on this amazing instrument.

After the successful trend of ''Siko'' by Mikenoris, He decides to make the remix and made the right choice, as he enlisted South African Amapiano prince, Focalistic, who gave this record a special touch. Meanwhile, Both artists, Mikenoris and Focalistic did well on this jam.

Siko (Remix) is another version of Siko, which is guaranteed to put a smile on the faces of Mikenoris fans.


Share Mikenoris - Siko (Remix) ft Focalistic Mp3 with others on;