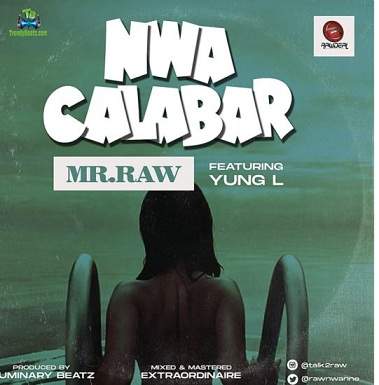 
Legendary and Nigerian Igbo rapper, Mr Raw has dropped another new banger "Nwa Calabar" starring Yung L. He released this new song currently in the year, 2021 as another hit song to vibe with. This song was produced by Jminary Beatz and was mixed by Extraordinaire.

A few hours ago he delivered this new song with the mighty raving star Yung L who made the song to be more catchy when listening to and it is now making a huge trend in Nigeria most especially in the Eastern part of Nigeria.

Okechukwu Edwards Ukeje, popularly known by his stage name as Mr Raw or Dat N.I.G.G.A. Raw is a Nigerian legendary rapper who has been gravitating in the Nigerian music industry.

He had his last debut song "Gentlemen" featuring Phyno in 2020, and now he has manufactured another amazing one for his fans out there. JUST GRAB IT BELOW.

Kwaku DMC - This Side