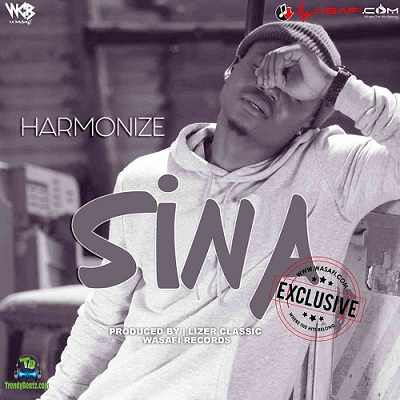 
Another hit song "Sina" by the Tanzanian and award-winning hit singer Harmonize released in the year, 2017.


Here we present another hit and trending song tagged "Sina" dropped by the Tanzanian hit singer, Harmoinize. He released and made this song known worldwide in the year, 2017.

This song is another astonishing one still making a huge trend in some other African countries like Nigeria, Ghana, South Africa. etc.
Harmonize dropped this jam to thrill his fans again in which he brought out such an amazing beat that would make you feel hot. It is now gathering lots of streams and downloads on the digital streaming platforms due to its hit sounds.

Also on his Youtube channel, this debut soundtrack has topped up to 7,137,864 views and still gathering more.
Just stream and download this new song below via TrendyBeatz.com