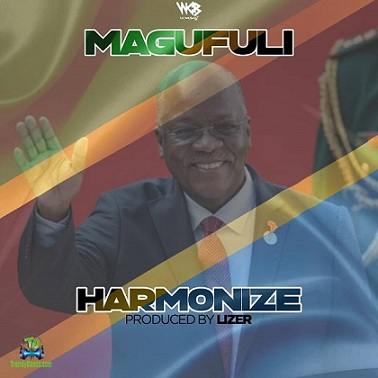 
A new introduction of a new song titled "Magufuli" released by the Tanzanian hitmaker, Harmonize in the year, 2019.


Here we present another hit and amazing hit tune tagged "Magufuli" smashed by the Tanzanian music crooner, Harmonize released in the year, 2019 as another hit one to listen to this time around.

Harmonize has been the African and Tanzanian most talented singers.
He dedicated this new song to his excellency, John Magufuli the president of Tanzania who arose to office in 2015.
Harmonize decided to drop out of this song due to the good deeds of this President which has been going all this time.

After this song was released worldwide, it started making a huge trend all over the Tanzanian cities due to its hit sound and the aim of its production.