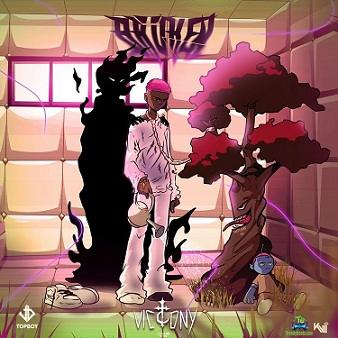 Gifted Nigerian singer and stage performer, Victony comes through with this impressive jam tagged ''Broken'' Released in the year 2021.


Highly-Rated Nigerian singer and songwriter, Victony dishes out a new masterpiece soundtrack tagged ''Broken'' as one of his first official single this year 2021, which is a potential hit jam, with good flows and catchy lyrics.
Broken. got its production reference from talented music produced known as, Hoodini, on this solid instrument.

Furthermore, the song ''Broken'' by Victony comes forth after his last Extended Play ''Saturn'' released in the year 2020. The album contains 6 fantastic tracks, featuring only Falz the bad guy.
Recently, Victony dropped the visual of ''Maria'' featuring Falz, which was shot in a more suitable atmosphere.

Here comes, Victony first song of the year 2021, as he named this one ''Broken'' produced by Hoodini.