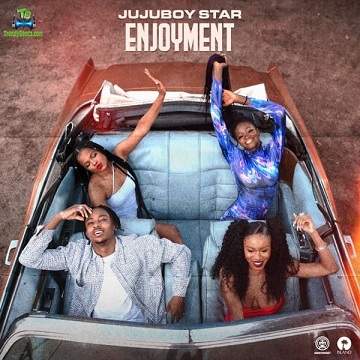 
A new introduction of another hit song "Enjoyment" by Jujuboy Star along with Kel P, released in the year, 2021.


Aristokrat Records performing artist, Jujuboy Star has emerged with Kel P and brought out this favourite tune cut "Enjoyment". This song was released currently in the year, 2021 another hit one to vibe with this time around.

Jujuboy Star the Nigerian raving star singer teams up with the recording engineer, Kel P who made the song to be more affectionate when listening to.

In this song, Jujuboy Star stated that "Work No Dey Kill Person Like The Enjoyment", which means that no matter the bad condition there is still "Enjoyment".
Now you can stream and download this new song below.