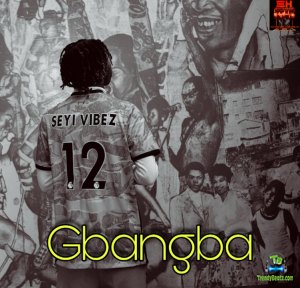 Nigerian Afrobeat Sensational musician, Seyi Vibez pins out this exhilarating soundtrack, as the entitled this one ''Gbangba'' a classic tune, to excites his music fans, and put a lovely smile on their faces. Released in the year 2021.

This impressive song ''Gbangba'' comes forth after Seyi Vibez's last hit tagged ''Bad Type'' which is a potential hit, which blends on afrobeat sound. The song also got a production reference from Nigerian finest producer, Niphkeys ( The producer who did magic on Naria Marley hit song ''Koleyewon'').

Moreover, Seyi Vibez is favoured with many hits song like ''Bad Type'', ''Mama'', ''Life'' and many more credited to him. Recently he dishes out a new impressive jam tagged '''Gbangba''.