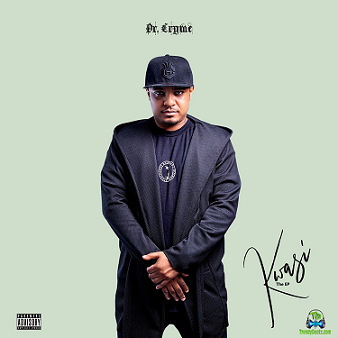 Dr Cryme presents this single anticipated song called ''Too Known'' for the listening pleasure of his music fans.


Ghanaian lyrical genius, Dr Cryme unlocks this single jam tagged ''Too Known'' to thrill his music fans and lovers of good music. This song was lifted from his 2021 Extended Play tagged ''Kwasi''.
Among all the beautiful tracks in the album, Too Known, was picked by Dr Cryme as the fourth track, which was produced by Ghanaian beatmaker, Mel Blakk Beatz, Mixed and Mastered by Redemption Beatz.

With the production credit to Mel Blakk Beatz. Dr Cryme who is well known in the Ghana Music industry, for his credibility released this song in order to give his music fans, a good masterpiece soundtrack, which will be used to remember him in long run.

Dr Cryme is favoured with many hits, Song like; Koko Sakora, Kill My Shy, Rise and many more credited to him. Recently he smashed a new single jam tagged ''Too Known'' for the listening delights of his music fans.


Share Dr Cryme - Too Known Mp3 with others on;

Dr Cryme - I Wanna Turn Up