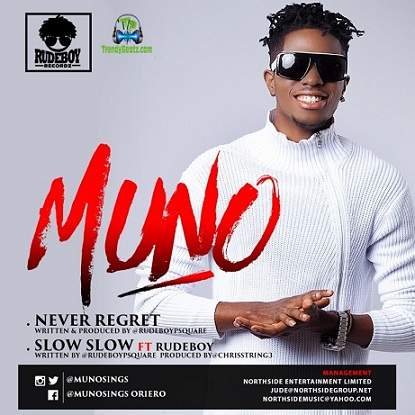 
Muno has managed to drop a new heart touching tune "Never Regret" which he released specially dedicated to the girl he loves in this song. This tune was delivered out in the year, 2016 as one of the most liked and streamed songs of the year.

Muno released this song which mostly got the attention of the music fans and supporters out there. Due to its desiring by the fans and the song's trend on its own.

He went on featured Rudeboy the Nigerian singer which was titled "Never Regret (Rudeboy Version)", which is now being heard in the country due to its sound and lyrics.

This particular one "Never Regret" has also been the fans most loved song by him released with an amazing beat and vocals which melts the heats of every listners.

So you got not to miss this one now. Just stream and download this song below.