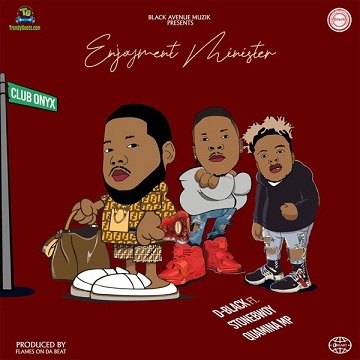 With the production credit to Flames On Da Beatz. This song comes forward after D Black, gave us ''1 Sushi'' which was massive airplay in Ghana and many other African countries.
Now here comes his second single of the year named ''Enjoyment Minister'' with vocal assistance from Stonebwoy and Quamina MP. Both artists murdered this song, spicing it up with their unique style of music.

In addition ''Enjoyment Minister'' by D Black is the lead single to his forthcoming album ''Loyalty'' which will soon be out anytime from now.