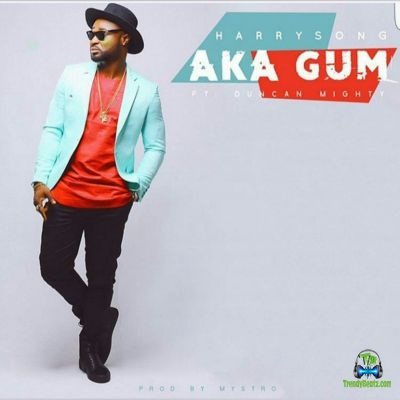 
Harrysong the Nigerian humorous singer collab with Duncan Mighty and brought out this favourite cut "Akagum" which was released in the year, 2016 as one of the most streamed and liked songs of the year. The production credit goes to the hand tap of Mystro.

Harrysongs starts the year, 2016 with this impressive soundtrack in which he employed the Nigerian legendary superstar, Duncan Mighty who made the song to be more excited.

This song "Akagum" means stingy which Harrysong and Duncan Mighty decided to drop out for the fans to hear out.
You can imagine what made Harrysong came out in the scene with this kinda song. Truly, Having but not giving is everywhere, but normally to give and take.

Harrysong who has been the Nigerian entertaining singer makes up a plan and indirectly from this song vibing out what he has already experienced to all people who have engaged themselves in such life.


Share Harrysong - Akagum ft Duncan Mighty Mp3 with others on;

Harrysong - Be By Me (Remix)

Harrysong - Be By Me

Harrysong - Be By Me (Remix) Video

Humblesmith ft. Harrysong - If You Love Me