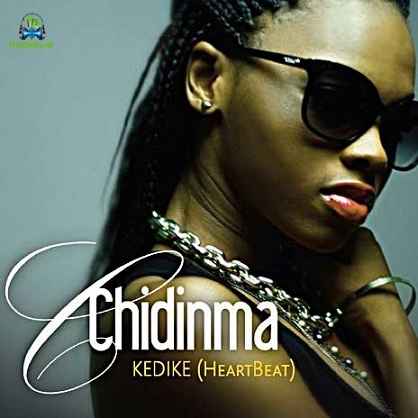 
One of the Nigeran talented and sexy female singers, Chidinma has managed to drop the remix of "Kedike" featuring Olamide, the Nigerian most rated raper of all time. This song was just released in 2015 as one of the most trended songs in Nigeria.

Chidinma, due to this song mighty raving around the globe. She decided to present out its remix in which she employed Olamide (Baddo), the Nigerian rapper who spice the song with his normal rap style that makes fans go crazy.

This song got all the attention of music lovers due to its hit sound and lyrics done by just two artists.
Chdinma, is one of the sexiest and most decorated female songstresses who has been trending all over the country with her hit songs. It was also great to have such an artist in the industry who can melt the hearts of the fans with a sweet voice.

Now you can stream and download this song below.


Share Chidinma - Kedike (Remix) ft Olamide Mp3 with others on;

Chidinma - Lion And The Lamb

Chidinma - Jesus The Son Of God