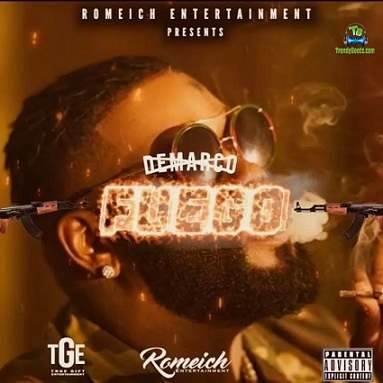 The Jamaican top-notch, Demarco has arisen again with a new debut song titled "Fuego" just recently in the year, 2021.


One of the Jamaican dancehall crooners, Demarco has delivered a new debut soundtrack, "Fuego". He releaed this song just about a few hours now in the year 2021 as another hit one to vibe with this time around. The production credit to Romeich Entertainment.

Demarco has been the Jamaican and African well-recognized reggae and dancehall musician who has been trending all over with his songs since his recognition in the industry. He just decided again to make his fans feel entertained and presented this one after his successful soundtrack "Stuck On You" released about a few days ago.
Right here on TrendyBeatz, You can stream and download this new song below.