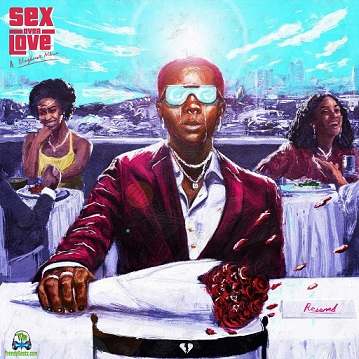 "Okwaraji" a new song to vibe with released by 100 Crown signee, Blaqbonez off his new debut album "Sex Over Love Album".


Multi-Talented songwriter and rapper, Blaqbonez has just dropped another banger hit "Okwaraji", A new song to thrill with this time again. It was released currently about a few hours now off his new debut album "Sex Over Love Album" which is now trading worldwide with its full tracks.

"Sex Over Love" Album is a new album in the music industry being uploaded on digital streaming platforms. It consists of 14 tracks in which this particular one "Okwaraji" appeared to be the 7th track trending so massively on its own.

Just stream and download this song below and hear more from this raving superstar, Blaqbonez.