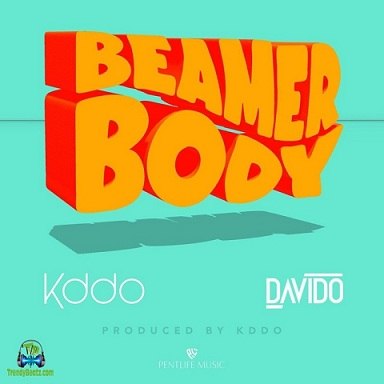 
Los Angeles base ace producer but a Nigerian music star, Kiddominat has delivered a brand new song "Beamer Body" with Davido, the Nigerian current king of all trending songs.
This song was released and made known worldwide a few hours now as his first debut studio work in the year, 2021.

This has to be another successful one this year due to its hit sound and vibe made by these talented singers.
Kiddominant also known as KDDO has been one of the Nigerian and African top producers who has been in some popular studio works like, "Fall" by Davido and many of them.

Right now he has teamed up with the most respected Nigerian top star, Davido who is the big boss of DMW who made the song to be more affectionate when listening to it.

Currently, this love song has already started making a huge trend in social media which also has started gathering lots of streams and downloads on the digital streaming platforms.

You've got this one... Just stream and download its below.