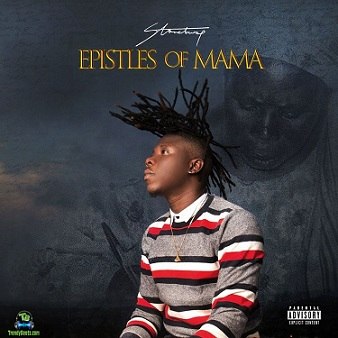 Cop this interesting song, presented by Stonebwoy as the tags this one ''Souljah''.


Ghanaian Reggae Sensational musician, Stonebwoy churns out a new masterpiece soundtrack tagged ''Souljah'' to excites his music fans, out there.
Livingstone Etse Satekla, professionally known as Stonebwoy, released this song, for the amusement of his music fans, and not to keep them on chill.

Souljah, was lifted, from Stonebwoy 2017 trending album ''Epistles of Mama'' standing as the sixth track of the album. Epistles of Mama, Album, was released on December 12th, 2017, as Stonebwoy uses this album, to prove his stance in the music scene.

This artist has collaborated with the likes of Ghanaian, Nigerian and South African talented artists namely Sarkodie, Ede, Efya, Burna Boy, Davido, and many other lyrical genius.

Becca ft. Stonebwoy - With You

Maccasio ft. Stonebwoy - Eyes On You

R2Bees ft. Stonebwoy - Another One (Video)

Smallgod ft. Stonebwoy - Do You