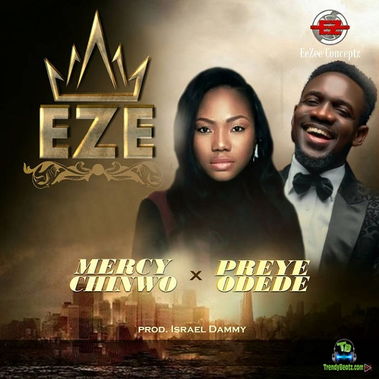 
Nigeria's Gospel prowess, Mercy Chinwo alongside Preye Odede presents this record dubbed "Eze" for the listening pleasures of all their fans worldwide.
The Track Eze delivered by Mercy Chinwo staring her fellow gospel counterpart Preye Odede is one beautiful song that one will listen to and be blessed.

Mercy Chinwo and Preye Odede both did justices to this song dubbed Eze. Preye Odede brought another sound, which will be generally accepted by his music fans.

This song Eze by Mercy Chinwo and Preye Odede was released under the imprint of EeZee concepts label in the year 2018.