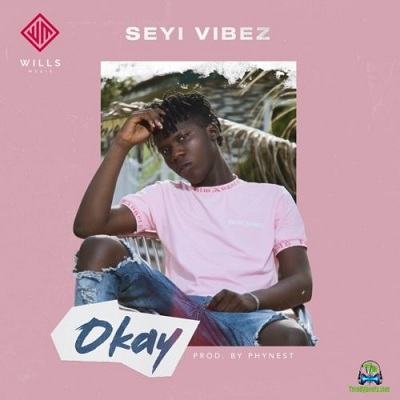 The Nigerian sensation and gifted singer, Seyi Vibez has released again another hit and astonishing tune tagged "Okay". This song was released in 2019 which trended on its own after its release. TrendyBeatz has presented it out again for the amusement of his fans out there.

Seyi Vibez the Nigerian talented singer, who vibes in "Yoruba dialect" has been turning up the music scene with his debut studio work. In this song, he dropped another inspiring lyric that would be an encouraging one to the fans out there.

It is a presentation from "Wills Music" which was produced by Phynest Beat. Just stream and download this song below and hear more from this talented artist.

Okey Sokay - Bouncing In The Lord