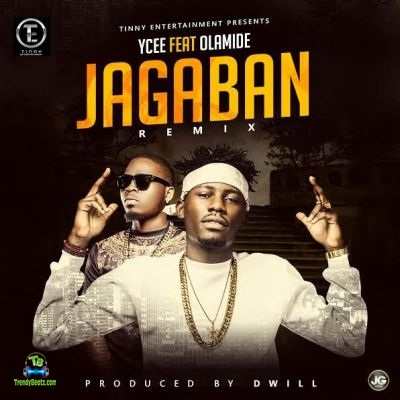 
Another remix song "Jagaban" from the studio tap released by the Nigerian rapper, Ycee featuring Olamide.


The Banger hit remix of "Jagaban" from the Nigerian and international hitmaker, Ycee featuring Olamide (Baddo), the king of Nigerian and African street rappers. This song was released in the year, 2015 as a hit one to thrill the fans.

It was a hit one after its released which gravitates so extremely in the country and also gathered lots of stream and downloads on the digital streaming platforms.

Oludemilade Martin Alejo known professionally as Ycee is a Nigerian rapper, singer and songwriter who has been trending with all his songs since his recognition in the industry.

On this one, He featured the Nigerian most rated rapper Olamide who spice this song with his fast rap to be more entertaining and catchy. Just steam and download this song below.


Share Ycee - Jagaban (Remix) ft Olamide Mp3 with others on;