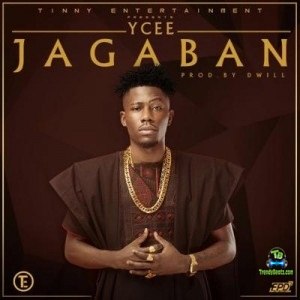 
The Nigerian talented superstar, Ycee has delivered another just song "Jagaban" in the year, 2015.


One of the Nigerian trending and most-rated rappers, Ycee has dropped another banger hit song "Jagaban". This song was released in the year, 2015 trending right now in the country due to its hit sound.

Ycee has been dropping hit song in the industry since his recognition in the industry. Right here, He dropped this song for the amusement of all his fans with the production credit of the music producer D’Will.

This astonishing song comes from the presentation of Tinny Entertainment in which Ycee did his best only to make the fans feel entertained.