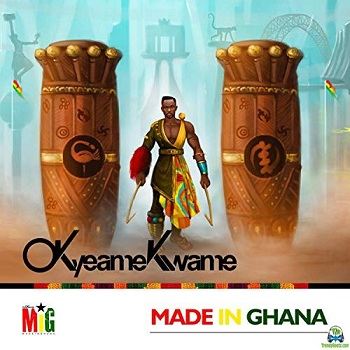 Its-another-curated soundtrack, by Versatile Ghanaian music artist, known as Okyeame Kwame, as he captioned this one ''Dia Tina'' with vocal assistance from two talented music artists, Wiyaala & King Ralph.
This outstanding soundtrack, by Okyeame Kwame, comes from his 2019 body of work named ''Made In Ghana'', as the track Dia Tina, was listed as the eleventh track of the album.

Being a Top -Rated Ghanaian artist. Okyeame Kwame, who his music fans, never joke with, anything that has to do with him, smashed this hit, for the listening pleasure of his music fans.
Wiyaala & King Ralph, did extremely well on their part. Their voice was so eloquent.