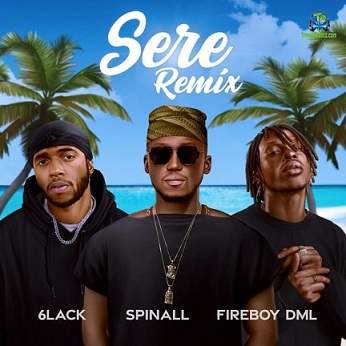 
Dj Spinall has releaed the remix of "Sere" in which he featured, 6Lack and Fireboy DML.


The Nigerian fast trending Disc Jockey, DJ Spinall has released the remix of his hit song "Sere", starring, 6Lack and Fireboy. This song was released recently in the year, 2021 as one of the Nigerian hit songs of the year trending so massively.

DJ Spinall, who is popularly known as one of the Nigerian best Disc Jockey has made it out again. He appeared with another hit on the remix of "Sere" which appeared on his "Grace" Album" featuring Fireboy DML.

"Grace Album" was a hit one that made a huge trend in Nigeria and Africa. It was released in the year ending on the 11th December 2020. He wishes to thrill his fans out there in which he captured "Sere" as his best to make its remix with Fireboy DML and 6Lack, an American top singer, rapper, and songwriter.

This is a new song on the track line... Just stream and download this song below.

Dj Spinall - On A Low