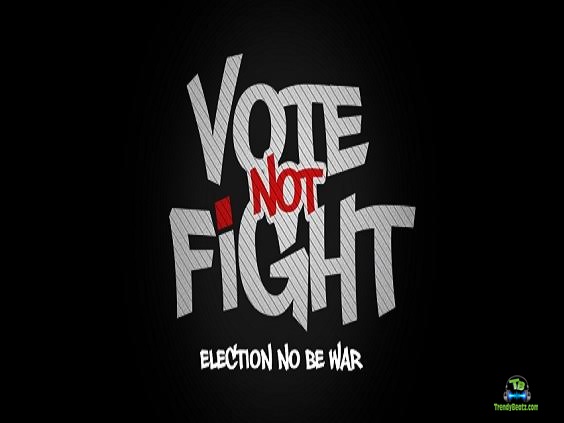 
Veteran music heavyweight 2Baba, through his Election No Be War campaigned unlocks this record Vote Not Fight to sensitize the masses about the dangers of Election anomalies happening in the country.

Due to the increased rate of crime and Electoral offences, 2Baba decided to lend his voice through this song Vote Not Fight. The singer stresses the need for us to have a peaceful and credible elections.

Innocent Ujah Idibia, professionally known by his stage name 2Baba, is a renowned Nigerian singer and songwriter who is popularly known for using his music to pass a message to the people.

Election No Be War campaign by 2Baba is a civic education and voter enlightenment program designed to promote peaceful elections in Nigeria.


Share 2Baba - Vote Not Fight Mp3 with others on;