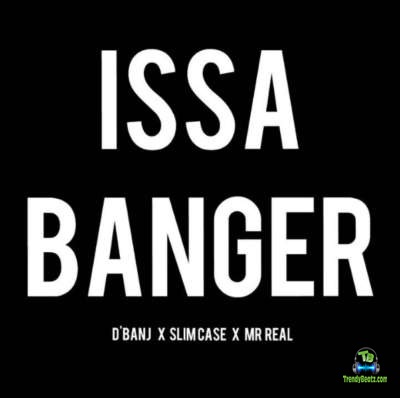 Based on popular Demand, D'Banj alongside Slimcase and Mr Real unlocks this street banging record tagged Issa Banger which really became a banger for the records.

This record dubbed Issa Banger by D'Banj with vocal assistance from Slim Case the Oshosondi master and Mr Real Legbegbe is a whole vibe due to the trending Shaku Shaku dance move that was currently in vogue.

Issa Banger is one sound track that anytime you listen to it playing, it brings out the energetic mood in you because you will be force to move your body due to the rhythm, Lyrics or the beat.

D'Banj, Slimcase and Mr Real coming together to output this record "Issa Banger" is a very great moves that the fans will really love and Appreciate.