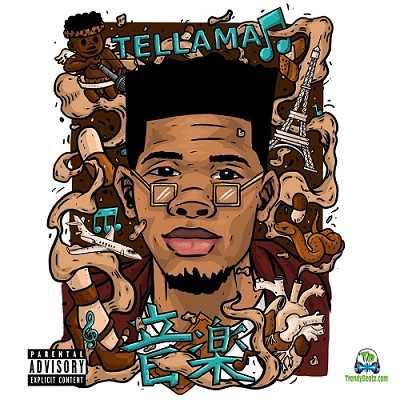 
Highly and Talented music crooner, Tellaman has managed to drop another lovely tune "Crew Lit". He made this song to be known worldwide in the year, 2019 as another hit song trending right now in South Africa.

Tellaman had a current album which he released in 2019. He labelled this one "God Decides" which housed 20 solid track with a few featured artists. "Crew Lit" is one of the most loved hit ones which is listed as the 10th track.

Thelumusa Samuel Owen popularly known by his stage name as Tellaman is a South African singer, songwriter and record producer who is most known for a number one charting single by DJ Speedsta entitled "Mayo" featuring Yung Swiss, Frank Casino & Shane Eagle.

From his current album released in 2019, He serves this one "Crew Lit" for the listening pleasure of his fans out there.