Budding Tanzanian female singer and performer, Lulu Diva, drops this interesting song named "Samahani" as he taps the availability of Tanzanian hitmaker, Lava Lava, who gave a pure rendition on this song, with his unique style of music.
Lulu Diva, released this tune, to give her music fans, a good masterpiece soundtrack, which they can enjoy and vibe with. Samahani, is a danceable tune. Produced by Gachi B

Moreover, Lava Lava, WCB Wasafi Recording artist, came through on this song, after he gave us "Nikomeshe", which is buzzing around.
This song "Samahani" also comes up with its visual filmed and directed by Joowzy. 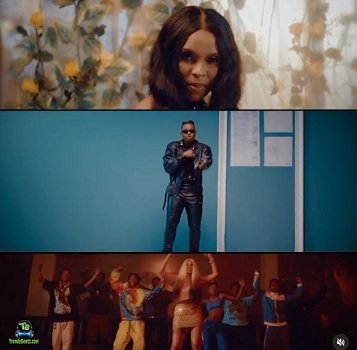