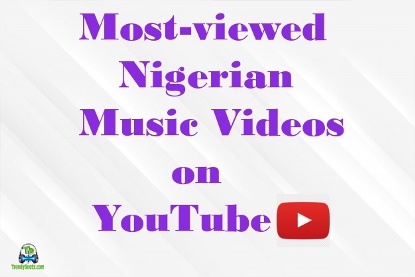 YouTube is fast becoming an increasingly important medium for sharing and enjoying Nigerian Music, TrendyBeatz has decided to compile list of 5 most viewed videos on Youtube.


Runtown who is a Nigerian singer released mad over you in November 2016 and was produced by Del-B. It is described as a love song and it is blended with a touch of Ghanian high life and Rnb. 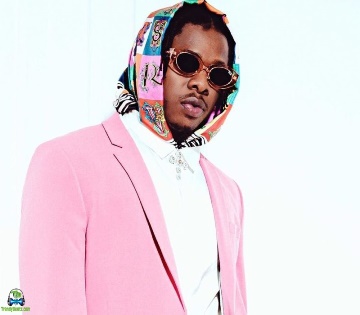 As at of March 2017, "Mad over you" have received about 2 million streams but today on YouTube, Mad over you have gained 107 million views on YouTube making it the 5th most viewed Nigerian music video on YouTube.
4. Yemi Alade "Johnny" (118m)
Yemi Alade's "Johnny" was released in 2013. It was taken from her debut album "king of queens" in 2014. Johnny became a hit song in most countries around the world which include Nigeria, Ghana, Tanzania, Kenya, Togo and even the United kingdom. The video was shot by a Nigeria music producer Clarence Peters. The song have gained 118million views on YouTube is the 4th most viewed nigeria music video on YouTube.
3. Tekno "Pana" (129m)
Augustine Kelechi who is professionally called tekno is an afrobeat and hip hop singer. The song Pana was released in 2016 and have won him several awards which includes the best video of the year, best African male video and best afro pop video in the year under review. Pana in June 2020 have been viewed by 129 million viewers on youtube, making Pana the third most viewed nigerian video on YouTube.
2. Sinach "Way Maker"(152m)
Osinachi Joseph who goes by the stage name sinach is a gospel song writer and Singer. She is also the senior worship leader at loveworld a.k.a Christ embassy. Her hit song "way maker" in 2019 was the third nigerian music video viewed on YouTube. It gained 100 million views. In May 2020, she became the first African artist to top the billboard of Christian song writers. As of June 2020 sinach "way maker" have moved up to the second position on the most viewed Nigerian music video on YouTube gaining 152million views.
1. Davido "Fall" (172m)
Fall was released in 2017 by the CEO of dmw world wide, who is an afro pop star DAVIDO as his second single from his studio album "A good time" which was released in 2019. Fall was produced by a Nigeria music producer Kiddominant. 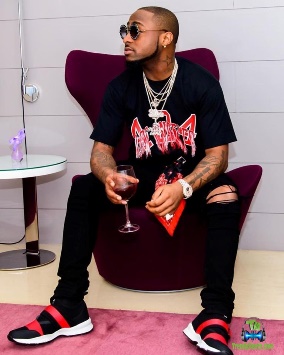 As at of February 2019 "fall became the longest charting Nigerian pop song on billboard history. In March 2020 fall has received over 40million streams on Spotify. By June 2020 fall gained a worping 172 million view on YouTube making it number 1 of the most viewed Nigeria music video on YouTube.
That's it folks! These are the most streamed Nigerian Music Videos on Youtube. Feel free to drop your comments below.. 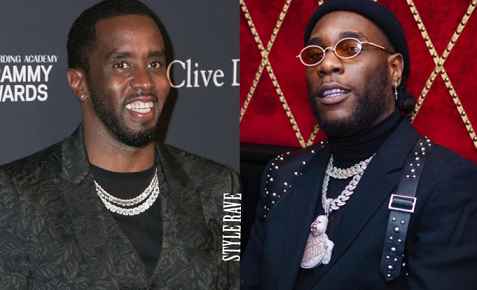