The debate of who is the greatest footballer of all time has sparked so many controversies over the years. Among all the notable stars such as Ronaldo de Lima (Brazil), Zinedine Zidane (France), Ronaldinho (Brazil), Pele (Brazil), Maradona (Argentina) and others, two superstars have dominated the world of football for more than a decade.

The superstars are "Lionel Messi" and "Cristiano Ronaldo". Lionel Messi is a national of Argentina who plays for Barcelona Football Club of Spain, while Cristiano Ronaldo is a national of Portugal and presently plays for Juventus of Italy. He previously played for Sporting Lisbon of his native country, Portugal, Before moving to Manchester United of England and Real Madrid of Spain- before moving to Juventus in 2018.

Both of them have been key players of their respective teams and countries. Lionel Messi has won 6 Ballon d'Or while Cristiano Ronaldo has 5.

Lionel Messi and Christiano Ronaldo's consistency of form over the years have caused heated debate between their fans and some football supporters on who is the best and the greatest player of all time.

Some fans and supporters of Cristiano Ronaldo have always stood with the notion that Lionel Messi must leave his comfort zone (Barcelona) where he has amassed so much success and achievements for him to be considered as the greatest of all time.
Christiano Ronaldo's Fans have even added his inability to win any national trophy as another factor, as their idol and superstar have won the Euro with his national team of Portugal.

Some fans and footballers are against the opinion that he must leave the club Barcelona before he would be tagged as the "Greatest". Some even cited example with Pele of brazil who is the record holder of the highest number of goals scored with a total of over 1000+ goals for both his club (Santos) and country (Brazil).
A former teammate of Cristiano Ronaldo at Real Madrid and its present captain "Sergio Ramos" has backed Lionel Messi, Saying;

"I don't understand why people want Messi to go and prove himself in another league. I have also played in one league for a long time at one club." "If these people want me to go play somewhere else, they have to find me a better league than La Liga, because Real Madrid and Barcelona have won 6 of the last 10 Champions Leagues."

"Even the Europa League is won by Spanish clubs like Sevilla, who have won it three times in a row. I think that players should come to La Liga to prove themselves. It is not for us to leave, we are the A side."

Question: So, can we say the factors labelled against him can stop him from being regarded as the greatest Footballers of all time? Drop your Comment!
SOURCE: TrendyBeatz MaskKing - For Your Head

What an amazing hit tune titled, For Your Head, from the Nigerian upcoming and talented artist, MaskKing, released recently in the year, 2020. This song was mixed and mastered by SYT MIX. 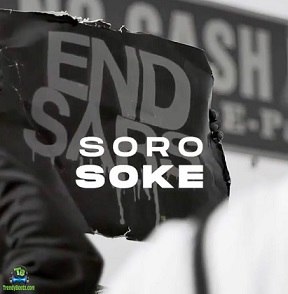 Talented Nigerian Music Superstar Zlatan just unleashed this song titled Soro Soke as his song to Support the END Of Bad Governance in Nigeria and to support the END SARS Movement in Nigeria. 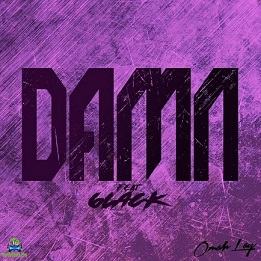 B Red - The Jordan Album